Can We Please Stop Talking About Power? 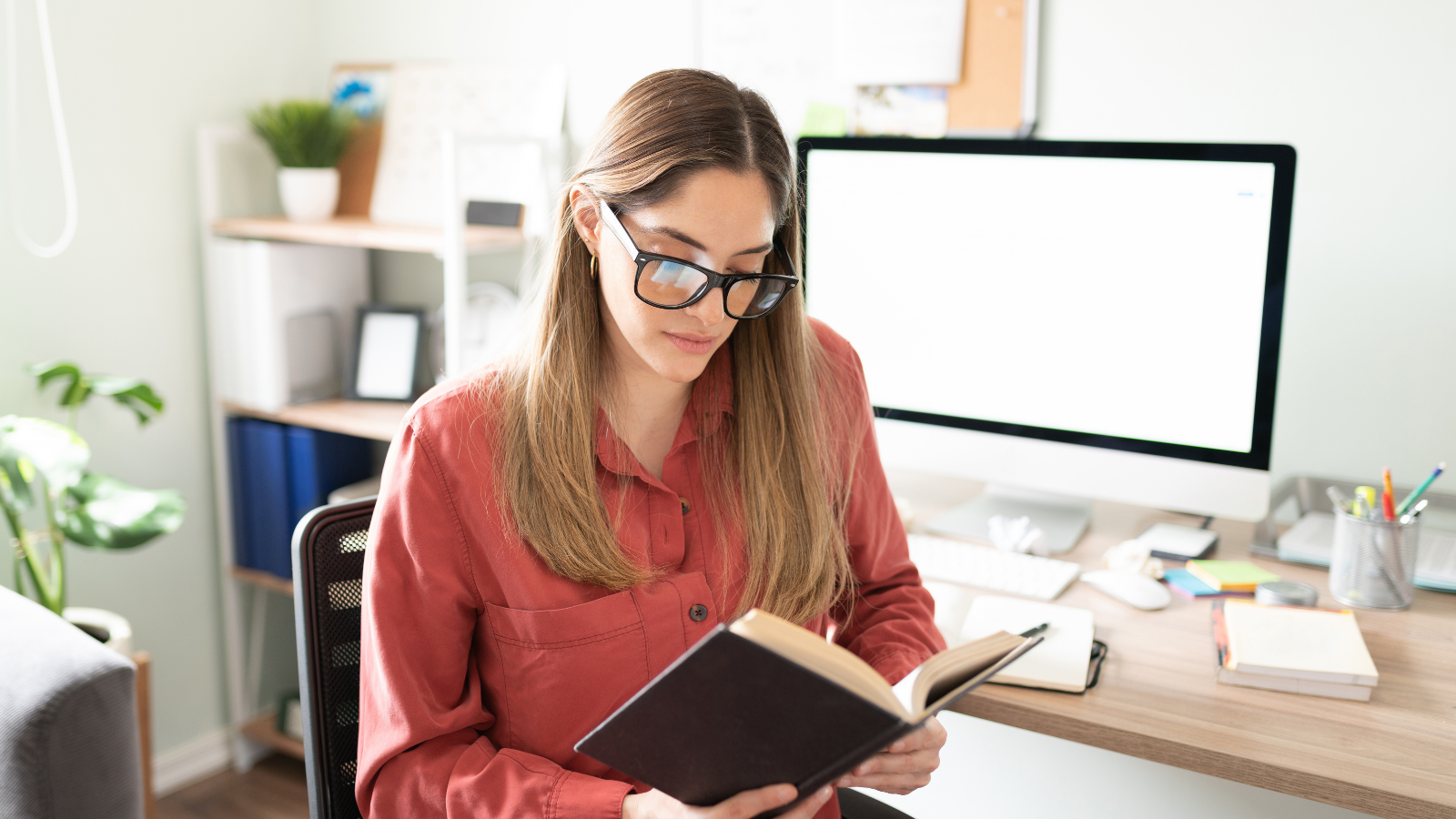 There are four situations when peer reviewers shouldn't talk about power. If you are currently reviewing manuscripts before publication, avoiding talking about power in these four situations will make you a top-notch reviewer who provides constructive, actionable advice to the researchers.

For excellent reasons, talking about p-values and statistical significance has become very unpopular. Unfortunately, talking about power has become the next new trendy-talk for peer reviewers. While many peer reviewers are knowledgeable in statistics and provide worthwhile and valuable comments to the researchers, we have been seeing an increasing number of papers returned with the comment "Was a power calculation done?" when it is clear that the peer reviewer doesn't understand the concept of statistical power. If you are a peer reviewer, this post will help you talk smartly about power.

To talk smart about power as a peer reviewer, you first need to understand what power is. Keep this simple definition in mind when talking about power:

Read this over a couple of times if you aren't certain you understand it. Read it again the next time you comment about power. Understanding this definition of power is vital to provide constructive advice. It makes it clear that there are four situations when peer reviewers should not talk about power.

1. The Study is Positive

When a study rejects its null hypothesis it is pointless to speak about power.

Looking back at the definition above, we see that power is addressing the possibility of failing to reject the null hypothesis. If the study has a small p-value, and rejects the null hypothesis it is mathematically silly to talk about power.

I once had a peer reviewer comment that "although the study rejected the null hypothesis the sample size was small. Did the study have adequate power?" In this case the peer reviewer was showing a clear lack of understanding of power by confusing power with statistical significance. The chance that a study accidentally rejects the null hypothesis is not the studies power.... that is the study alpha level (or p-value).

What is a simple way to really up your game as a peer reviewer? Don't talk about power when a study rejects its null hypothesis.

2. Nothing is Known of the Target Population

When little is know of the target population it can be dangerous to do a power calculation.

Making an appropriate power calculation is not trivial, as the math behind power calculations is a bit strange. Firstly, because the calculations are done before any data is collected, we often don't really know enough about the target population to make accurate calculations. Secondly, because we are trying to calculate the probability of an event that may or may not be true, we are forced to make some rather interesting speculations.

What do you need to know to calculate sample size based on a power calculation?

Look complicated? It is. Let's go through each of these six steps one at a time.

1. The null and alternative hypothesis must be specified fully before starting the study. It must be worded correctly, and follow the general statistical best practice for hypotheses. Importantly, the hypotheses specified at the study design phase must be the same as the one used to analyze the data. If the researchers change the research hypotheses the power calculation must be redone before data is collected. If the researchers change the hypotheses after data collection - a statistically indefensible but common practice - the power calculation is meaningless.

4. Effect size is a complex calculation, and it is at this step where the whole process of calculating power often falls apart. In most cases, it requires way more information than the researchers have. Let's take for example, a recent study I participated in that looked at the time for school aged children to apply different types of tourniquets. To calculate the effect size for the time to apply the tourniquet, we would need to specify:

In most cases, we won't know the values of a and b above. Remember that we will need to know the mean and standard deviation for these particular students to apply these particular tourniquets. If the study is novel, these values will not be available in the literature. Often we need a pilot study to determine these.

What about c? Wait! How can we know the mean time for the alternative hypothesis? Unfortunately, we don't, and can't. Here we need to rely on a scientific judgment, not math. Here, researchers need to estimate what a meaningful alternative hypothesis would be. For instance, in this study we may want to assume that a difference of 30 seconds is meaningful, while a difference of less than 30 seconds would be meaningless. Sadly, this guess by the investigators plays a huge role in sample size calculation, and small changes to this number will make huge changes in the power calculation.

5. Another guess here. Specify a target power. Usually, we just use 80%. Again, this is arbitrary and can make a huge effect on the power calculation.

Finally, we make the calculation. Making the calculation is not easy. Researchers who are not statisticians should get help. My personal favourite reference is a textbook by Thomas P Ryan and is 374 pages long.

3. The Sample Size is Not Controlled by the Researcher

There is little point in doing a power calculation when the researcher cannot control the sample size.

4. The Effect on the Subjects is Harmless

When the effect of the intervention is harmless, or even beneficial to the subjects, determining power may be an entirely academic exercise and have little practical utility.

Why calculate a sample size anyway? The origin of calculating a sample size is to ensure that research maintains an ethically acceptable approach to the research subjects. Sample size calculation is critical with human subjects when they are being tested with a new and unproven medical treatment.

For example, consider a study that is investigating the role of steroids in COVID-19. We know that there is ample evidence from previous studies in other similar diseases that show the steroids may be helpful. However, we also know that steroid use is associated with side effects including such things as gastric ulcers, adrenal gland suppression, avascular necrosis, and delayed wound healing. An appropriate research protocol would have a just-the-right-size sample:

In contrast, consider a study that looks at a relatively harmless treatment. For instance, an educational study that randomized participants to education via in-person lessons and video lessons in the factor fire code. In this case it appears that it is quite unlikely that the participants would be harmed by the treatment. In fact, if the baseline is no education in fire code, it is very unlikely to be harmful. For this study, precise calculation of a sample size may not be important and it may be fine for the researchers simply to try their protocol on a reasonable sample.

Whose responsibility is it anyway to ensure that the study is done in an ethical manner? This is primarily the responsibility of the ethical permission granting agency for the research, and the decision whether the sample size is appropriate or not should be made before the study is performed.

Journals should ensure that they publish only ethical studies, and certainly peer reviewers should look out for studies that are ethically irresponsible. However, in many cases the lack of sample size calculation is not an ethical risk to the participants. When studies are small and likely harmless, peer reviewers should not be insistent on a power calculation.

Confidence Intervals to the Rescue

We saw above that power calculations are difficult and sometimes unimportant. But what about negative studies? If a study fails to reject its null hypothesis, doesn't the power calculation help us to make the decision about how to interpret the data?

Personally, I find it much easier to consider this maxim:

There are two reasons why confidence intervals are preferable to power in the interpretation of negative studies:

How can the peer reviewer help if the study fails to reject its null hypothesis? When I am asked to review a study rather than asking the researchers "was a power calculation performed?" I encourage the researchers to look at the confidence interval for the effect size. I suggest that they look at both the upper and lower ends of the confidence intervals, and in the discussion, consider what the practical significance would be if each of these values was true.

What Should a Peer Reviewer Do?

Peer review is always a difficult job, and the mathematics of power calculations certainly do not make it any easier. I suggest peer reviewers take the following simple actions:

Do you want a visual reminder to help you assess power? Get our Can We Please Stop Talking About Power? infographic.